One Of My Best Psychological Suspense Novels

‘Mindless’ is my newest Psychological thriller since the release of ‘Passing Through’ and one that I am quite excited about. ‘Mindless’ is a tale that I geared directly at adults; this book is not for the young mind. The reason for going back to this genre was based around the response I got from my book ‘Passing Through’, another one of my best psychological suspense novels which seemed to garner a larger fan base and made me realize that perhaps fans wanted me to stick with Psychological thrillers. Personally, I was ready for such a change myself.

I wrote this crime thriller book with the full intention of disturbing the reader. That was the reason for Melvin Frink’s mental instability being as shaky as it was. This psychopath character was walking a fine line in his mind.

Now, let’s turn our attention to his mother, Adele Frink. Adele has been a sick woman from day one, as readers will come to discover. Adele doesn’t see how she is abusive; this woman truly believes she has her son’s best interest at heart. She sees no wrongdoing in any way on her own part.

Here’s the deal ‘Mindless’ is for my Psychological thriller fans.

Now, why did I choose to write such a sexually disturbing and violent psycho thriller novel after so many that were so mild-mannered? Many, many reasons come to mind. For one, fans expressed a liking for my novels, ‘Passing Through’, ‘Brother’s Keeper’, and ‘Box Office Butcher’; all three are Psychological thrillers. I felt that it was time to indulge my own love for thrillers while satisfying my fan base by giving them what they wanted. One of the reasons why this is one of my best psychological suspense novels. ‘Mindless’, while much more disturbing in many ways than the others, was just what I think we all needed to bring us the satisfaction of reading a book that kept us turning pages just to find out what type of sickening behavior could occur on the next page. I think readers will be surprised, and it is my hope that they enjoy every last page of this suspense thriller.
I also understand that there are those who will not like the book. That’s okay. As individuals, we must be true to what we prefer, and this will definitely not be the book for everyone. I wrote it for my Psychological thriller fans. I should warn those who prefer more laid-back plot lines that this should be avoided by you if this type of thing is not your preference.

I have to admit that I was ready for something a bit more gritty, and I don’t think that I have it out of my system quite yet. I am longing to write more that causes me and my readers, alike, to grind the teeth and wince while allowing the passages to wander through the mind. Deep inside, we carry our anger and our resentments, our pain and our suppressed memories, but we can never be totally rid of them. They all have a funny way of resurfacing when we least want them to, and that is what we all need to be afraid of. I like to explore the sickness of the mind and where it can take an individual. As a matter of fact, that is precisely what the serial killer Melvin Frink, with all of his education should have been petrified of the most, but he was not.

So, I offer you ‘Mindless’, and it is my desire that you get from reading this book what I got from writing it: The realization that insanity is really just a step away from each and every one of us. With that in mind, tread lightly, and enjoy the food for thought that I am offering to feed you.

Mindless One Of My Best Psychological Suspense Novels Character Profile

Melvin is an introvert by his original nature and has a difficult time speaking to anyone, especially the opposite sex, outside of the classroom setting. He is approximately 29 years of age, and at the beginning of the book is working on his chosen medical specialty, neuropsychiatric surgery. Melvin has lived at home all of his life and has enjoyed the money his father, Francis, left behind for him and his mother, Adele. He lives in Baltimore, Maryland, and has no real friends, other than those he studies with, and he has never dated nor had a girlfriend to speak of. His mother has always been overprotective of him, to the point of suffocation. Melvin is tall, has mousy brown hair that he wears a bit too long in the back, though it is receding in the front, and wears thick-framed tortoise-shell glasses.
After his accident, Melvin’s personality changes drastically. He is suddenly not afraid to speak to girls and is almost obsessed with them. Before, he cowered from his mother and obeyed her every command, but now he defies her at times. His intellect has changed to the level that, instead of using it for the benefit of others, he is finding ways to use it to satisfy his own secret desires. The perfect character for my best psychological suspense novels.

Adele Frink, the widowed wife of Francis Frink, is approximately sixty years of age, but keeps herself up well, indulging in the finest of clothing and self-care, including facelifts and regular salon appointments. Adele moved to Baltimore from Boston with her dear son Melvin, even putting him through the best education possible but keeping him under her iron grasp at all times. She never let him have friends or date, insisting that he spend all of his spare time with her.  Adele fully intends to control her son until one, or both, of them, die. Another reason why this is one of my best psychological suspense novels.

This psychiatrist has treated Adele since her initial diagnosis in Boston and was enticed to turn his back on his Boston practice and move to Baltimore to continue seeing her professionally. But Adele has manipulated Philip during the entire course of his career, either by money or sexual prowess, to continue to get whatever she wants from him, including sex and prescription medications. Basically, though he has other patients, he is committed to her due to her endless funding of both his practice and his life.

Doris was the nurse who formed a very close relationship with Melvin, and he looked at her as a mother figure, though she was not aware of his affection.

John Torrey is about fifty years of age who has worked as a campus officer for twenty years. As girls begin to disappear from campus, he and his partner Nick Manning are put in charge of the initial campus investigation. In this murder mystery, he is the perfect detective for one of my best psychological suspense novels.

John Torrey’s partner is a quiet, but productive, member of the team. He is about twenty-seven, has light brown hair, a slight build, and does more thinking than talking.

Cohen is a member of the Baltimore Police Department’s Missing Persons Division, and he has been assigned to the case to try and keep the Feds out. While he has an effect that exudes control, he does little more than take notes, drive the cars, and follow Torrey’s lead.

Miller is a younger man who works in the same division under Cohen. He is another who is a note-taker and a gopher, but every now and then pops up with something good to consider as far as the case goes. Miller is something of a ‘silent partner’ throughout the investigation and not much more than a seat filler.

Sarah is Melvin’s first victim, taken primarily because of her beauty. Sarah is a petite blond with perfect facial features and a very open and friendly personality. She is the one who he considers his favorite.

Jennifer is Melvin’s second victim, and Melvin names her ‘Candy’ for her auburn hair.

Denise is the final victim that Melvin is able to capture. 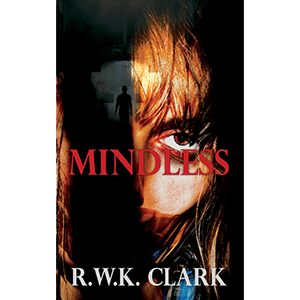