One Of My Best Supernatural Books Permanent Ink

I wrote ‘Permanent Ink’ with mostly one message to convey: The price of greed can be astronomical, and most often, it is horribly destructive.
This is the story of a stationers’ company that is on the brink of bankruptcy, but they have an ace in the hole: Knowing that the kids will love it. But the executives at Aspen have a secret: Basically making this novel a fantastic addition to my sci-fi thriller books.

In an effort to show how widespread the destruction is, I scattered the storyline around a bit: One particular incident takes place in a hospital in Thornton, Colorado. The viral outbreak is taking place in the suburbs, but the local government is trying to figure things out, and has even called in the CDC.  Let’s look at the outbreak at the hospital. Before anyone even understands what is taking place, the zombie epidemic has spread like wildfire, and both patients and employees of the health care center are forced to fight for their lives. A pair of physicians are beginning to figure things out, slowly but surely, but will they solve the problem before it’s too late?

The hospital scenes are fast-paced; it is chaos there, and the panic the characters are feeling should be tangible. I did the best I could to convey this, without giving too much hope to the spreading epidemic, because frankly, I felt the plague situation in Thornton was fairly close to being hopeless.

‘Permanent Ink’ is a zombie story, plain and simple, filled with the flesh-eating monsters that are all the rage at the current time. It is meant to gross readers out, to a certain extent, but mostly, with all of the chaotic scenes aside, I wanted to really convey a message. Corporate greed is the catalyst behind this horrible zombie outbreak, wreaking havoc on unsuspecting consumers who have been blindsided by their timely marketing tactics. The worst part is, Aspen Stationers’ is more than suspicious of the potential for damage; they know full well what it can do, and they just don’t care. This type of manipulation takes place every day in our world, with results just as destructive, only slower and less obvious. This truth is really what is behind the message in this book.

Of course, things have to be cleared up, and solutions must be found so life can go on. But as I mentioned earlier, I neither saw nor felt any positive resolution to this particular zombie writing, and as a writer, I had to struggle to make a way for the sun to rise on these towns again, with hope. I firmly believe that, if this were a true story, there would be no one left to write about it; the world would be taken out systematically by the undead pandemic, which Aspen Stationers’ created when they released their product to the public.

With all that being said, ‘Permanent Ink’ is, in many ways, just another zombie yarn. It tells the story of something horrible getting into the wrong hands, and it breaks down the possibilities of what could really happen if these things took place. Having done the best possible job cleaning up the mess, it is my hope that readers are able to enjoy this zombie fiction book for what it truly is: A work of fiction that provides yet another take on zombies and how they might come to be walking, and terrorizing, among us. It is meant for entertainment, but I think the moral behind this made-up novel makes it possible to consider other possibilities, and hopefully, it causes readers to think about the items they are willingly choosing to consume.

Add this novel to your best supernatural books list.

Randy is a thirty-something lead project scientist for Aspen Stationers’, and one of the main developers. While his research and testing have shown that the product is not at all safe for public release, the heads of the company insist it is. Randy is a family man who loves his kids and his wife; he has solid moral fiber, and he is willing to sacrifice his own comfort to do the right thing, no matter what the cost.

Roger is the CEO of Aspen, and he is determined to hit the shelves in time for school kids to get it, regardless of its danger. While his appearance in the novel is brief, it is vital. His character is a prime reflection of what is wrong with corporate business today.

Head of the Aspen police force, Captain Hertz is an upstanding officer with great concern for the infectious situation at hand, and he isn’t afraid to get his hands dirty in the process of trying to stop it. Hertz is a very logical, down-to-earth man who understands the depth of what is taking place, and he is horrified that it has been allowed to go so far.

The older sister of Melanie seems to know deep inside that the new school supply has something to do with the chaos breaking loose, though she is scared to death. Megan is a strong girl with brains, and hopefully it will keep her alive.

Dr. Hilliard is a handsome physician in his late thirties, together with the beautiful pediatrician Diana Moss, try to figure out what is going on and exactly what can be done to stop the zombie virus. Dr. Hilliard is not married, nor does he have children, but he is a very good doctor who cares for each of his patients. He is stunned beyond belief at what is taking place, and he finds that pulling together is the only solution to such a horrid problem.

Harold is a janitor for Suburban Medical Center, and he is the head of the maintenance department as a whole. He is a very likeable man with a down-to-earth personality; best of all, he is not afraid to do what he has to do. It is easy to say that Harold would be a shoe-in to keep around if you are in a group of people who are trying to survive a zombie attack. Harold is a fighter; whether he lives or dies, he is going to go down fighting to the bitter end.

Dr. Moss knows her patients, and intelligence and logic, along with her motherly instincts, make her one of the strongest and most caring of the group, an invaluable asset to those trying to survive the crisis at Suburban until authorities can figure out a way to stop the madness that is going on in the facility. 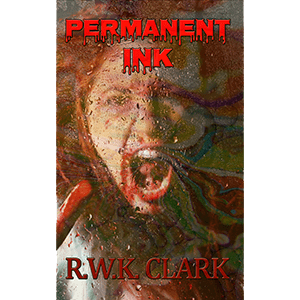