Dead on the Water Writer’s Commentary

One Of My Best Selling Fiction Books A Zombie Survival Novel

This is another zombie story contribution which I put a bit of a spin on. ‘Dead on the Water’ chronicles the story of a Fantasy Lines cruise ship which has a passenger who got bit by a dog during a shopping spree with their parents in Belize. Not knowing that the dog is carrying a terrible, contagious zombie-making virus, the bite-victim re-boards the ship, and it returns to the vast ocean.
The first thing I would like to say about this particular zombie survival book, I allowed them to be able to think, speak, and function, but they are the undead, nevertheless. The leader of the living dead pack, Captain James McElroy, even continues to be the leader in death that he was in life, and his pandemic plan is to take over the entire ship. I consider this to be one of my best selling fiction books. ‘Dead on the Water’ is my second zombie thriller release, and it is the second book I have written that I would classify as sci-fi horror. My first novel in my list of zombie books is ‘Living Legacy’ and my third novel would be ‘Permanent Ink’. Be sure to try my zombie book series ‘Zombie Diaries’.

This is a fast-paced thriller fiction book; once the action starts, it is pretty much non-stop. Being on a cruise ship, those who are still normal have very limited resources or means of escape. While it is about zombies, and there are several very graphic scenes, I do not believe it is necessarily scary as far as scary horror stories go. I tried to use dialogue in a surreal manner, especially coming from the living dead monsters, in an effort to show the craziness and terrifying truth about the situation, but I didn’t want it to be too heavy. My vision was simply to relate the hopelessness of the plague situation without making the zombie fiction burdensome to read; I wanted it to be on the ‘lighter’ side, if possible.

Now, I presented a couple of different situations in the book.

The primary one takes place on the ship; the second is happening at a shady lab in Belize. This lab is sort of an underground operation run by a somewhat ‘mad scientist' and his assistant, Bruce Ward; the good doctor relocated after the States stopped his experimentation. The long and short of it is that this lab has gone haywire. The CDC tries to gain control of this infectious situation, which is sort of a side-line story to give you, the reader, a bit of hope that this craziness will be contained. I should warn you, especially my new readers. I find it difficult to imagine happy endings when it comes to the genres I write in, and I find it much easier to be horribly realistic. But let’s face it, I write about completely unrealistic stuff. What I’m trying to say is, the glory of fiction is in its falseness, but the impact of fiction is found in its painful reality. If a zombie apocalypse illness really happened, would the ending really be a good one? Another reason why this is one of my best selling fiction books.

Don’t get your hopes up.

Speaking of hope, let’s talk about the CDC battling things on land. If the zombies reach land, there will be a pandemic zombie outbreak, and nothing the CDC is doing in Belize will matter. Someone on that damn boat has to be smart enough to get away and get help. Pretty daunting task, don’t you think? To reach the docking point before the ship, baking in the sun with no water, and having been through a terribly traumatic and unbelievable experience? Well, all I have to say is, you’ll just have to see.

On another topic, I didn’t get too deep with any of the characters as far as their personal appearance or personalities. There are many characters in ‘Dead on the Water’; only a few hold the limelight, ultimately, it is ‘every man for himself’. So, as far as my second zombie story goes, I hope you enjoy it. It’s a little lighter than you might expect, but it is fast-paced, and you’ll find plenty of gruesome scenes. ‘Dead on the Water’ is an easy and entertaining read. I hope you’ll check out this zombie fiction book, and have fun reading it, too!

Dead on the Water Character Profile

Ariana is the daughter of Jason and Claire Harrington, and sister to Adam; all four of them are passengers on the Fantasy Line cruise ship on which the zombie outbreak in this novel begins. Ariana is a pretty strawberry blonde girl with smarts and ambition: She wants to be a veterinarian someday due to her deep affection for animals. She is also a good girl, not defiant or demanding, and in this way she differs from her mother and brother; her father is too busy trying to keep up with demands to be an issue.

This man is the big cheese on the ship, and in the beginning he is suited well for his position. He is a leader with integrity, even having his wife with him on board at all times; as far as his underlings, they all trust and look up to him. Unfortunately, the captain becomes infected with the zombie virus, but he ends up maintaining much of his mind, though it has changed into something evil with the disease. McElroy winds up devising a pandemic plan that includes not only taking over the ship by turning every last passenger, but making it to land to dock and spreading the illness there as well; a true zombie apocalypse.

Carl Morgan is employed by the CDC as an investigator, and he is sent ahead of the assigned crew to begin the investigation at Dr. Anson’s lab regarding the killer rats. He is a level-headed man who has no idea what he is heading into, but once he realizes its a zombie outbreak, he takes the upper-hand easily and begins to go into action as best he knows how.

Ariana’s brother is something of an entitled brat. He is the coveter of electronics and all things spendy, and he feels that everyone is there to tend to him. He is the type of kid that, if asked to do even the smallest task or favor for another, puts on a big dramatic show, with plenty of whining and complaining. As you will soon read, he is his mother’s child.

Claire is a privileged woman who was fortunate enough to marry a successful man, but she is nothing more than a taker. She loves all the finer things in life, but most of all, she loves spending money senselessly. Her children are of little concern to her, unless it’s for her own benefit, and if they are not in her hair, she is happy. She is another whiner who believes that everyone owes her something.

The patriarch of the Harrington clan works constantly to provide for his family, but he is exhausted by his ungrateful spouse and son. He only participates in things like the cruise to stop his wife’s incessant nagging, otherwise he could live without all the extravagance that she insists upon. He wouldn’t be too broken up if she wanted a divorce, except that she would play the martyr and take every penny, so he abides. Ariana is his favorite because she is most like him, but he doesn’t realize how tarnished and jaded he has become by life.

Dr. Anson is the head of the lab project which has caused the viral outbreak. His lab is sort of an underground operation. The good doctor Anson and his assistant, Bruce Ward relocated after the States stopped his experimentation. The long and short of it is that this lab has gone haywire, and its infected rats are beginning to run rampant.

Bruce is Dr. Anson’s assistant and sole employee, after relocating with the mad scientist to Belize when America prohibited his experimentation's. Bruce is also unfortunately left with the maniacs undead rats, and he scrambles to figure out what to do. The good news is that he does have the intelligence to contact the CDC once he realizes the gravity of the situation.

David is head of the CDC crew being sent from the US to Belize to battle the viral outbreak. He is a gutsy, level-headed man that is easy to picture as something of a Rambo. Definitely a take-charge and action kind of guy; Umbridge will not hesitate to take extreme measures if he deems them fit.

This pair complete the CDC crew under Umbridge. Keith has some pathogen and parasite experience, but Kim is brand new, and she was only sent as sort of a ‘breaking in’ measure. Neither of them have seen anything like the living dead disease they are about to encounter with the rats, and their shock and surprise put them in serious danger at every turn.

George is the direct assistant to Captain McElroy. George is in the same mess as everyone else on the boat: Under attack. Once he accepts what is happening, this man intends to barricade himself into the bridge area, and stop the zombies from going on shore. Will George make it to the bridge area? Well, you’ll just have to see. 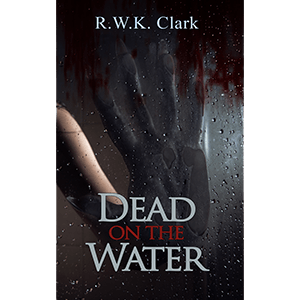